Volvo: A Heritage of safety innovations

In every generation, Volvo has been a pioneer. They are behind some of the most important inventions and innovations in the history of car safety, and are continuously improving your safety.

Take a look at some of the notable safety features pioneered by Volvo. 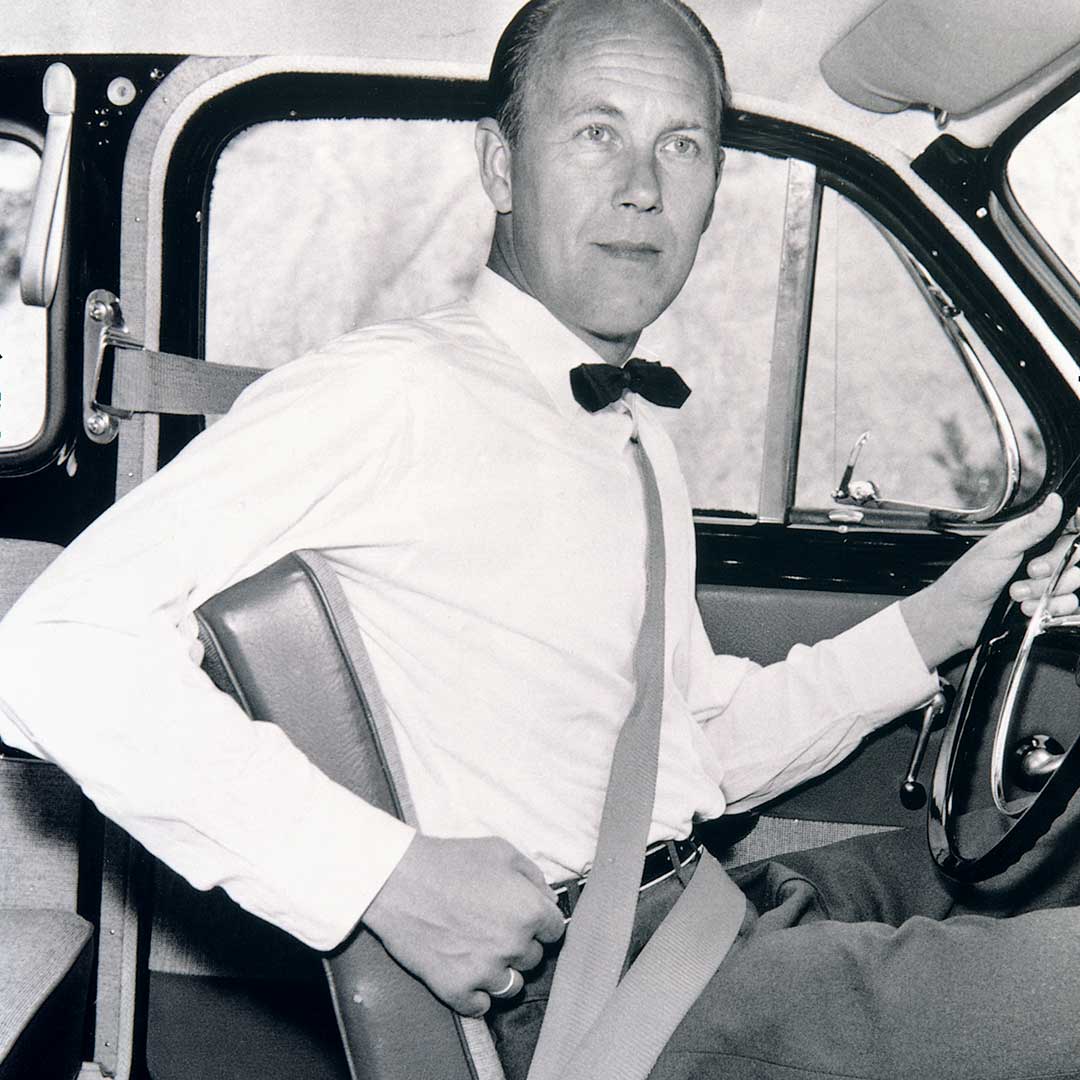 1959 – Three-point safety belt
There can be few men on the planet who have saved as many lives as Volvo engineer Nils Bohlin – he introduced three-point safety belts into the series production PV544. Since then, it’s estimated that over one million lives have been saved as a result of Volvo Cars waiving its patent rights so everybody could benefit.

1978 – The booster cushion
We invented the world’s first belt-positioning booster which allowed children from 4 years of age to travel facing forward, with increased protection and comfort.

1991 – Side Impact Protection System (SIPS)
Another milestone in safety came with our Side Impact Protection System. This was an integral part of the car’s design and included a very strong structure and energy-absorbing materials on the inside, a cross-member in the floor and even reinforced seats. We followed that up in 1994 with another world first: side-impact airbags.

1998 – Whiplash Protection System (WHIPS)
Whiplash injuries are the most frequent injuries in car collisions and may result in long-term pain and disabilities. WHIPS provides uniform support and energy absorption in rear-end impacts thanks to a clever seat and head restraint design. The result is a halving of the risk of long-term medical problems.

1998 – Inflatable curtain
The inflatable curtain was yet another leap forward in safety for Volvo Cars. The airbag is concealed in the headliner and inflates rapidly to help protect the occupant’s head during a side impact or rollover scenario. It was the first airbag system to offer improved protection for both front and rear seat occupants. 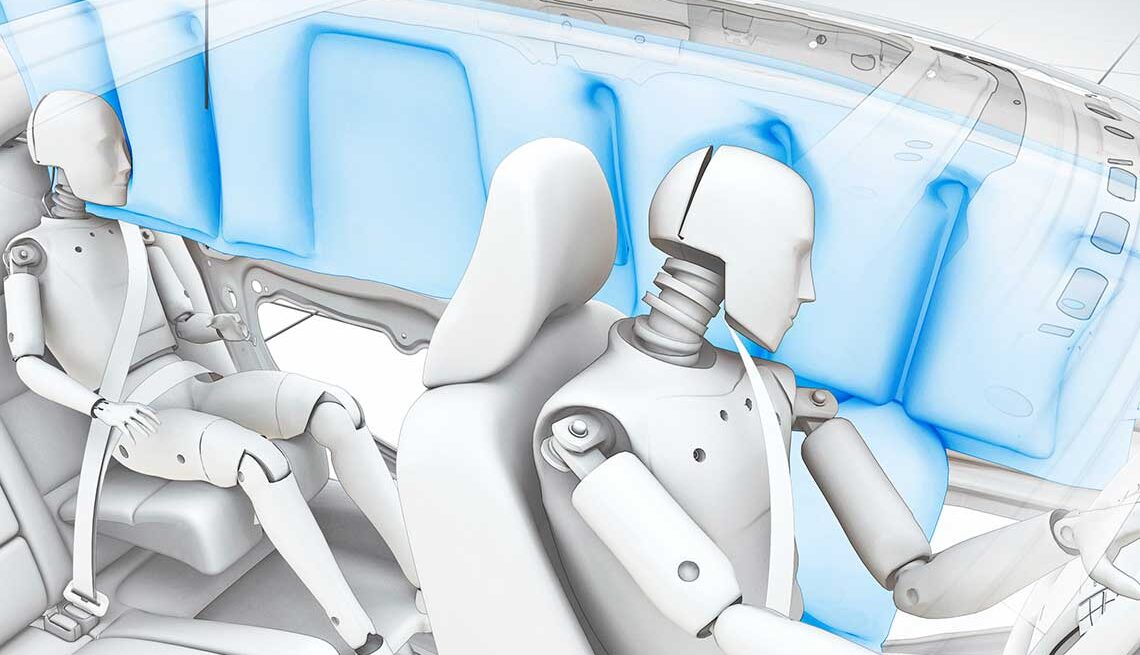 2002 – Roll-Over Protection System (ROPS)
With the growing popularity of SUVs, we reckoned it was time to introduce our next safety innovation – rollover protection. We tackled the problem from two directions. Firstly, we enhanced our SUVs’ stability with a sophisticated electronic roll stability control system and secondly, we improved their body design and structure to better protect the occupants in the event of a rollover accident.

2003 – Blind Spot Information System (BLIS)
When drivers change lanes, a moment’s inattention can have catastrophic consequences if the driver hasn’t spotted another car in the blind spot. So, we decided that our cars would help us watch out for trouble, too. Our BLIS system uses cameras or radars to detect vehicles alongside and offset to the rear of the Volvo. When a car enters the blind spot area, a warning light comes on near the door mirror, giving the driver more time to react.

2010 – Pedestrian detection with full auto brake
We want our safety innovations to benefit people outside our cars, too. So, we’ve developed a system – using radar and cameras – that is designed to warn the driver if somebody steps out in front of the car, and then to brake automatically if the driver fails to do so.

2014 – Run-off road protection
Volvo was the pioneer in testing road departure crashes – often the result of fatigue, poor weather conditions or a lack of driver attention. We focused on keeping occupants firmly in position, by tightening the safety belt and introducing unique energy-absorbing functionality in seats to mitigate spine injuries. 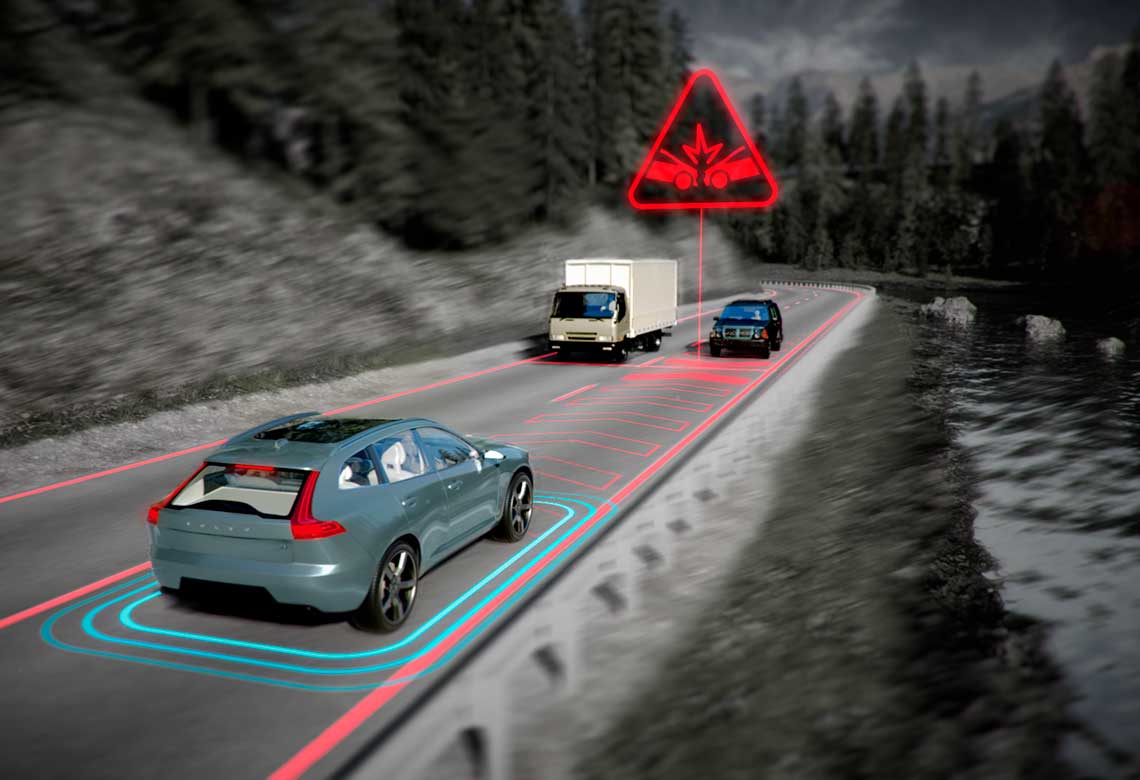 2018 – Oncoming mitigation by braking
Oncoming mitigation by braking is another unique Volvo feature. The system can help you apply the brakes for an oncoming vehicle in your lane. If an oncoming vehicle veers into your lane and a collision is unavoidable, the system can help reduce your vehicle’s speed to try and mitigate the force of the collision.

2019 – The E.V.A. (Equal Vehicles for All) Initiative
We have collected crash data since the 1970s to better understand what happens during a collision – regardless of size, gender, or body shape. With the E.V.A. Initiative we made our safety research easily accessible in a digital library, open for anyone to download. For everyone’s safety.

2020 – Speed cap
To send a strong signal about the dangers of speeding, we reduced the top speed of all our new cars to 180 km/h in 2020. This initiative illustrates how we can take active responsibility in helping to achieve zero traffic fatalities by supporting better driver behaviour. 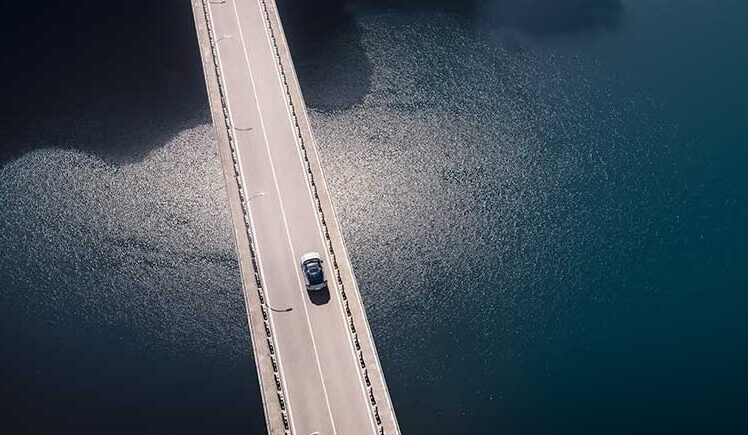 Make an enquiry Call us